The historical listing of each Award period since its start in 2017 are available for viewing below.
Each year two sets of awards are presented with winners receiving a Certificate and small financial prize.
Voting takes place after each period and positions 1,2,3 will change until voting concludes. 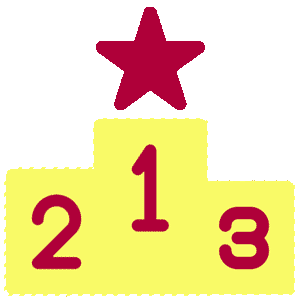 Nomination Details
Gill and her support staff at the dental clinic have gone above and beyond with my autistic son. He has gone from being afraid to even sit in the chair to going in to see the dentist on his own while I sit in the waiting room. This transformation has taken 5 years!

Gill has seen my son every 3 months instead of every 6 so that he has become more familiar with the routine without going too long in between visits. All of the staff but especially Gill have been patient, kind and coped well with meltdowns and displays of anxious behaviour.

I cannot recommend the practice and Gill highly enough for anyone struggling with children with additional needs and the dentist.

All of the staff at the practice have been kind, patient and have been willing to learn more about my sons diagnosis and needs.

Gill Gregg is his actual dentist and she has seen him every 3 months instead of every 6, allowing my son to become more familiar with the surroundings, smells, sounds and get to know what to expect.

She has been beyond patient and has taught him how to work the dental chair and familiarised him with all of her equipment. This has reduced his anxiety and given him a feeling of being in control at his appointments. He now cleans his teeth without fuss and has gone from not wanting to open his mouth at the dentist to going into the consulting room without me.

This transformation has been entirely due to Gill and her staff and has been a major step towards my sons health and well being as well as his independence. 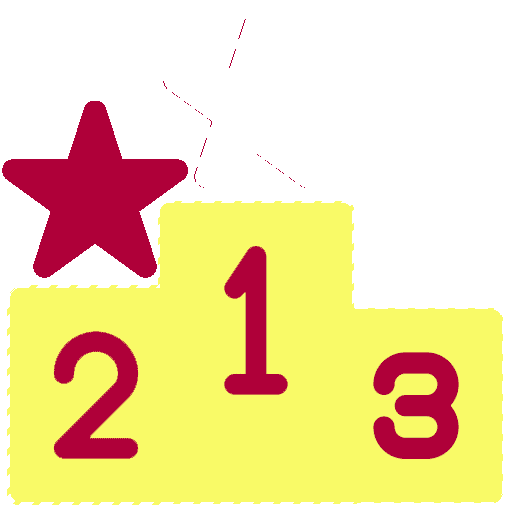 Nomination Details
The whole team at Spalding Academy have always had my son's back 110%, they go way above & beyond for him to make sure he is able to access his education. They worked extremely hard to get my son's EHCP in place & to make sure it contained everything my son needs.

They are always on hand should I need to speak to them & are always looking out for my son. My son would never have got this far without them. I am truly sad that he is leaving this year & moving onto college but am confident because of them my son will transition ok & be fine at college.

Without them I doubt that college would even be happening for him. I would like to nominate whole team but especially MR NEWTON my son's TA, as he has been with my son from day one of having an EHCP, always supported him & helped him make good decisions, focus & get work/homework done.

They have a special relationship, again without it my son would never get this far. I cannot ever thank them enough. 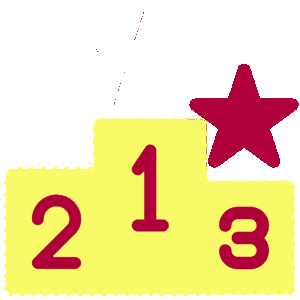 Nomination Details
Our son started going to the Ark in August 2018 when he had just turned 3 years, after we moved from a different County.

He'd been attending nursery since he turned 1 year old, and previously, the other nursery failed to notice that he was on the spectrum, never mind attend to his needs. Before August, he was a very anxious, non-verbal little boy, who barely interacted with adults, never mind his peers. Any new places, new people were met with anxiety and we spent a lot of time avoiding going anywhere as it was always detrimental to him.

When he started at The Ark, we had just had the confirmation that he was indeed autistic. The Ark has been phenomenal despite when I enrolled him I didn’t even mention the possibility!

His transition was handled extremely well and the extra support they put in for him without any extra funding was absolutely priceless.
10 months later, we still have lots of challenges and life isn’t without its difficulties. But we have a talkative near to be 4 years old, who has best friends (made at nursery), that takes things much more in his stride and looks forward to going to nursery.

His confidence has grown so much and he is much more resilient and happier because he can communicate! They have helped him with all his developmental delays and put target plans in place, reviewed periodically, all without prompting from us.

I must mention that they also have been second to none when it comes to seek out and help us gaining extra funding to support our little boy and thanks to their tireless effort, we had Early Intervention awarded at the highest level, and now we are working together to gain EHCP prior to school in September. Nothing is too much trouble and they will always go extra miles to help us!

On top of that, they care so much. All victories are genuinely celebrated and the falls are understood and there is always a friendly smile waiting for you after a hard night/day.

I'll be forever grateful for what they have done and thank my lucky stars that I have found them. And I know for a fact that they have supported numerous other SEN families throughout the year and definitely deserve recognition for the work they do.

Nomination Details
Since our 6 year old daughter joined Skegness Infant Academy in September 2018 after a period of home education (after a disastrous attempt at education at another local school) her teaching assistant Mrs Chamberlain and her teacher Miss Stead have worked with her with great intensity to help her access education.

My daughter has ASD and can be very difficult to manage, often becoming violent during meltdowns, these two wonderful ladies (alongside the whole school team) have allowed her the dignity to calm and re join the class, supported her and eased her anxieties whilst still enabling her to work.

They have helped my daughter immensely and we couldn't be more grateful for their professionalism, care and support.

Nomination Details
Mrs Jones is a trainee teacher whose dissertation is focusing on special educational needs and emotional health. She has carried out a number of assessments with my son and put in place a variety of strategies that had never been considered in his previous three years at the school.

She has supported our applications for additional support and has communicated with us on an almost daily basis. I have no doubt that she has been instrumental in furthering his development and confidence, and the relationship she has with my son is worth the nomination itself.

Nomination Details
Natalie has been cutting my Grandson's hair for several years and has shown endless patience and has gone above and beyond in learning about his issues and understanding how they impact on his perception of the experience of getting a haircut, something which most of us take for granted.

Like a lot of children with ASD a haircut is a real challenge and Natalie always accomodates us with appointments when the salon will be less busy, she counts 'snips' with endless patience and goes at a pace he can cope with explaining every step as she cuts his hair.

As a consequence we can now go for regular trims with little or no upset. I would not hesitate in recommending Natalie and her co workers at House of Hair in Boston to anyone caring for children with additional needs.

Nomination Details
On behalf of LPCF we would like to nominate Shaun for our next excellence award for travelling from his home in Mablethorpe to our coffee morning in Sleaford to help his child.

Nomination Details
Mrs Buckley has worked with my daughters since they started primary school to help them settle in and improve their social skills.

Mrs Buckley has been there for them in good times and bad, and they know they can always come to talk to her if they need to. My 11 year old is about to move on to secondary school and without the support of Mrs Buckley I do not think she would be facing such a major transition as confidently as she is.

Mrs Buckley has offered advice and support and is always open to new ideas/ways of helping pupils. I am so very grateful to her for the support she has given to my older daughter and continues to give to my younger daughter.

Nomination Details
Hannah Jackson is an absolutely amazing speech & language lady. She goes above and beyond in every aspect, actually cares about our children and has amazing results.

My daughter adores this lady and we wouldn't have many things in place if it wasn't for her input.

Nomination Details
I'd like to nominate Tracey at everyone active-west Lindsey leisure centre for being simply amazing.

My daughter when she first started swimming was very nervous and got very distressed when entering the pool area. Tracey was calm and patient and simply a superstar, a year in and my daughter has moved up two levels and is now confident entering the pool independently and enjoys her swimming lessons with Tracey.

My daughter still has moments of frustration in the pool but Tracey’s calming influence soon defuses the situation.

Nomination Details
Passionate and very caring towards my son, ensuring we gave enough evidence to enable an ehcp was in the process of being completed before he started secondary school. After he left school we are still in contact (his younger brother still attends). Ensuring her training is current and always good has ideas to involve him.

Nomination Details
Karen Taylor has been my childs 1-1 at Manor Leas Infants School in Lincoln since starting reception in 2018,last year .
My child, who has just started Year 1 attends school only mornings as they tire very quickly and cannot manage a full day .
They are developmentally and globally delayed .
In my opinion Karen Taylor has gone above and beyond her role as a 1-1 !
My child and her have a wonderful relationship and my child has made INCREDIBLE progress since starting the school journey with Mrs Taylor by their side .
I could not have dreamt of having anyone better for my child .
Mrs Taylor is an incredibly caring and patient lady who has shown and given my child a true love for school and learning !!!
And is an incredible support for both my child and me.